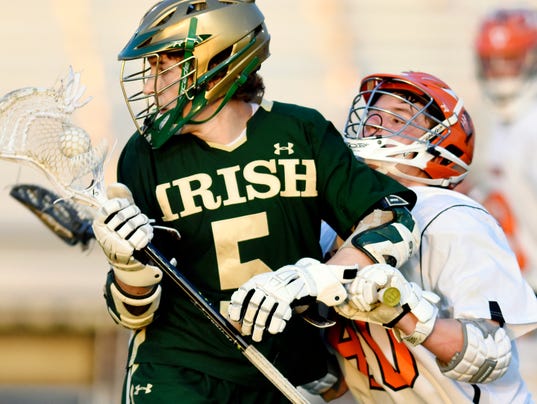 Still, if there was ever a time to believe in them, last year’s District 3 loss to Cumberland Valley was it.

The Fighting Irish lost to the Eagles, 10-8, in last year’s quarterfinals, ending their season a game short of playing for a spot in the state tournament. Calling it “David vs. Goliath” would be too clichè, but when comparing school sizes, it really isn’t far off. CV boasts a male population in excess of 1,000 students, while York Catholic doesn’t even have one-fifth of that.